My next release from Rebel Ink Press is a very hot m/m piece and the second in a series titled Tales from Lucifer’s Lair. What happens when two rough-hewn powerful men hunger for each other and both refuse to take the submissive role?

Cole snorted as Ryker grazed his hands down the front of his groin, stroking his cock in frenetic movements. Every part of his blood sizzled as the daring dance of lust continued. His heart beating 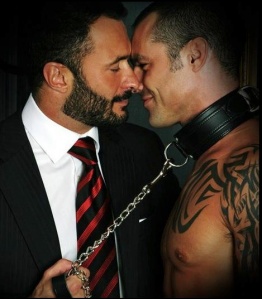 Cole Stevens was an angry man. Being fired from the job he loved, he was only able to find work bartending at the Flamingo Rustler. And the experience left him hungry and in need of taking down a man, sexually that is. When Ryker Marks saved a sassy waitress from a badass group of bikers, Cole was intrigued. The sexy six foot seven man had a rough-hewn demeanor and a body that killed. In the dimness of Lucifer’s Lair, the man cave nestled inside the bar, Cole knew he had to have a taste of Ryker and a sinful plan was born.

Ryker was in town as a respite for his ailing soul. After his fiancé pushed him aside for a stranger, he left his company in the hands of his employees and took a long drive on his Harley. After meeting Cole and realizing he was tired of hiding behind lies, he took a chance with the stunning slice of chocolate and a power struggle for complete domination ensued.

But in a series of betrayals, both men had to face their demons or one of them would be destroyed. As both Ryker and Cole travelled long and treacherous paths, neither knew the truth about the other. Could their relationship survive the deceit or would an unknown accomplice take them both down?

I so hope you enjoyed – coming September 3rd.

WHERE TO FIND ME

GET A SIGNED COPY ON KINDLEGRAPH

FIND MY BOOKS AT