Posted on January 4, 2012 by Cassandre Dayne

We’re starting the new year off with a BANG! Literally – my wicked sister BL Morticia is here today giving you her thoughts and a taste of an upcoming piece that’s very special.

What Inspires the Wicked Girl?

Welcome to another saucy post by me, the wicked gal BLMorticia.

Well I am busy, been working hard on the Something New on the Menu Series for NNP, an M/F short for Rebel Ink Press, and the sequel to My Lieutenant. Another series that I’ll be working on again will be the You Don’t Ask We Don’t Tell Series starting with book one Basic Training. This fabulous story turned into a 3 or 4 book monster and to think it all started with a submission call for men in uniform. 0.o

Now, I won’t tell you which one. Not like it matters anyway because it’s already passed but at times for all three of us muses, it might only take a scene or a picture, a song, etc to inspire a whole story and possibly a story series. What was it for me this time?

For You Don’t Ask, which is my gay contemporary erotica romance, it was what I’d been reading about the repeal of DADT.

For those of you unfamiliar, DADT was the Don’t Ask Don’t Tell policy which, in short, was a ban of gays and lesbians from serving openly in the US armed forces. Actually, Michael did a post on it on IRM a while back.

Sure, there have been plenty of stories about gays in the military and their struggles after they’ve left the service, but what about during their tenure? Then I got to thinking, since I do snark better than the other muses, why not make this a gay comedy? 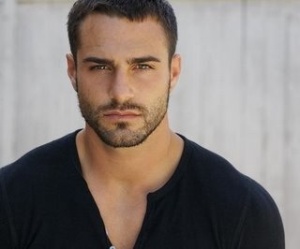 Now, don’t think for a second there’s no tension because there is. Plenty of heartwarming moments as well as serious ones where my main character Cody will be tested and pushed to the limit but, in typical BL fashion, my cast will have some fun making plenty of humorous statements along the way. To think all it took was a subcall and the information about a serious issue for me to turn it into a whole series. I’m quite proud of it too. The first book will be out February 3rd. If you’d like to know a little more, please visit my blog or even the post I did on Menspirations explaining the concept and showing you my sexy cast.

Lastly, what also inspires is of course the music. Most of the time when writing, all of us turn on some tunes to get us going. Because the mood of Cody throughout is mostly tense and angsty, I chose some metal music to put in my ears. Classic Metallica, Megadeth, a little Anthrax, and some Pantera to get me in the mood to write these scenes. Some of the songs have brought out the best, or in this case the worst, in my MC since all he’s been thinking of is getting away from his tension filled life in North Carolina to try becoming a man in the army.

Here is a snippet from the upcoming book as well as the blurb.

Coming Feb 3, 2012 BLMorticia with her snarky series about a man looking to shed his “gayness” The Army’s the place to get right, right? Think again!

A gay curious young man who has fell over the fence more than a couple of times is seeking the armed forces to become more of a straight man under the duress of his family. He leaves behind his on and off again lover, Dari Kirk.

At the local recruiters office, he meets Corporal Justin Belvidere who can tell that he’s hiding something. Running away from something he needs. He knows just what training facility to send him to. The one part of the army that everyone knows to be one of the finest and most upstanding platoons in the armed forces but they have hidden secrets.

Captain Morris Dunst runs Army company 9669. A proud group of men known for their tenacity, wit, and strength. He’s produced some of the best soldiers in his ten year tenure, teaching them how to be real men.

Cody is unaware he’s stepped into the platoon that makes the gay man realize his true potential as a well adjusted uncloseted male in the homophobic society. Morrie makes sure of that along with his right hand man and boyfriend, Lieutenant Darios Bright.

Cody will walk out of company 9669 with a new outlook and respect for his newfound manhood. The men in the platoon will see to it.

All information in the book about army life is factual while the company itself is all fiction as well as the characters. Its intent is to be humorous while showing the growing pains of a young man as he learns how to accept his homosexuality and the relationship with his lover without fear.

Book one begins with the introduction of Cody McCayne and his childhood friend Dari Kirk who have been having sex on the down low for a while until they are found out. This scares Cody and he decides to cease their relationship.

Due to the constant taunts and chiding of his father and peerss, he decides that joining the army is the answer for him to “get right” in his words. He thinks this will dispel his gay persona and make him a real man.

However, during his ten week tenure he’ll meet the characters at Fort Jackson of company 9669, the only all gay and lesbian platoon who operate as straight soldiers by day but play and teach at night. This section is run by Captain Morris Dunst and his lover, first Lieutenant Darios Bright.

When he straightened the wheel, he got out the truck, sprinting to the place he hoped held his ticket out of here. He opened the doors, letting a couple of army men out before he went in.

“Wow,” he mouthed, glancing about the place as if he were a tourist. Large hallways, cream colored walls with decorative crown molding. The floors were made of linoleum. Everything was so clean. The glare blinded Cody.

His eyes fixed of the small line of men huddled together to hand their papers to a soldier sitting behind the desk. Cody tightly gripped the application in his hands.

Do I really want to do this? How will I handle being yelled at by someone basically the whole time I’m there?

Suddenly, young McCayne began to question his decision. He tapped his feet, fumbling with his free fingers as he eyed the men talking with the representative.

Why am I doing this?

Yes, why the fuck was he? Joining the army just so he could gain acceptance? Make his asshole dad proud of him? Would this be worth it?

“Iknowiwantthisiknowihaveto…damnit!” He grit his teeth.

What if he didn’t like army life? What if the captain was an asshole he wouldn’t be able to tolerate?

What am I saying? They’re all assholes. None worse than my dear old dad.

The men in front of him inched closer to the recruiter’s desk.

Cody could feel his palms sweating along with his brow.

What the fuck? I need to man up. That’s my whole reason for doing this right?

He straightened his shoulders and cleared his throat.

Only one more ahead of me. I can do this!

The young man shrugged his shoulders and gulped hard. He stuffed one hand in his pocket and eyes darted from left to right.

“Next!” The man in front of him moved away and suddenly it was Cody’s turn. “Yes…um…Sir?”

The guy behind the desk gave him a wry smile. “Yeah, you ready to come serve your country, boy?” He has a slight southern accent and piercing blue eyes.

Damn, the man is hot.

Thank you so much wicked sis for being here!