It’s that time again and on my wicked sis has a lot going on so let’s get right to it.

Something New on the Menu Series

BL: Greetings. Welcome to another post from the muses of Sharita Lira. Today, were posting about the about the series were doing together through Naughty Nights Press, Something New on the Menu.

Rawiya: We’re very excited that Gina and her team have allowed us to do it too. The brilliant thing about this collection is each story is a standalone with different characters, backgrounds, and situations, but they all follow a common theme: M/M romance and the Food &Restaurant Industry.

BL: Hot stories about men in love with treats to boot. Why wouldn’t you want to read that? The series began in November with my book, Something Fresh Served Hot. It’s about a homophobe, Jimmy LaCosta who thinks he knows it all about gay men but when he meets his boss, Alex Seidling, he is quickly put in his place. As expected, the book is filled with snark and hot sex. Looks like the readers like it too since it received a Silver Star on All Romance Books.

Rawiya: It’s an awesome story and a fitting beginning to this collection. Moving along to my book, Time to Make the Donuts, the main character Christopher is a lonely shop owner looking for love. He works hard to keep the donut store he inherited running and ignores his personal life in the process. However, a man comes into his life to change things and during the story, he finds out secrets about Andre that might stand in the way of their happiness. Will it? You have to read to find out. It also received a star on All Romance and is top ten on the NNP list at ARe.

BL: Those are just two of the stories in this series. There are 3 more contracted to come out in the early part of the year. My story Candyman is book 4. A possible sixth book, tentatively called, The Salad Bar is also in the works.

Rawiya: And my tales Smooth Like Latte and Sugar Daddy are books 3 and 5 respectively. I’m very excited about these stories and look forward to sharing them with readers. Hopefully you’ll find this series to be quite entertaining and will check it out next year.

BL: The collection has laughs, manlove, and food. How can you go wrong? Watch for it this year!

Here now is a little from the first book, Something Fresh Served Hot and Rawiya’s book Time to Make the Donuts as well as a blurb for Smooth Like Latte.

Something Fresh Served Hot from Something New on the Menu 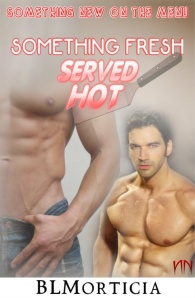 A gay contemporary comedy which features a Chicago homophobe by the name of Jimmy LaCosta who works at a diner called the Greasy Spoon on the Northside of Chicago near Boys Town. While working, Jimmy meets the incoming manager, Alex Seidling, a young British man who his present boss is hiring to take his place as he retires.

After the initial meeting in which Jimmy feels uncomfortable with Alex’s stares, Jimmy cultivates a friendship with Alex which develops into something totally different than he himself expects. This shocks him and he tries to fight it but because of his growing feelings he decides to pursue it despite all of what he has been taught.

Will he do what his body wants? Will Alex accept his advances even though he will soon become Jimmy’s boss?

Time to Make the Donuts

Blurb: Andre, a customer, comes in and pays him a visit. The two lock eyes and immediately connect on a personal level. Because of this, Christopher decides to pursue when Andre passes him his card. He wonders what the young man does for a living however, he’s so smitten by him, Chris doesn’t give it much thought.

Little does the shop owner know, Andre actually works for his biggest competitor as a secret shopper and has been told to use any method necessary to find out the secrets of the shop as well as convince him to sell his shop and become part of the national chain.

When Christopher finds out, he has a surprise for Andre and deals with him in a rather humorous way. Will he trust Andre once he finds out this fact? Will he give up his shop under the pressure the well known franchise?

Blurb: Brendan Walsh, CEO of Walsh Financial has put his life on hold to make his father proud. Because of this, he’s melancholy most of the time and is beginning to develop a love for Scotch and disdain for his dad. 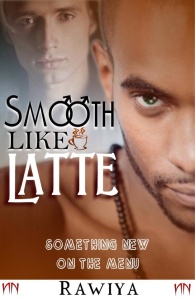 talents, the most important, his way with words and when Brendan steps into his place of employment, sparks fly between the two and immediately, they feel the connection. Over a macchiato latte, Brendan might see his future man but will he gain enough strength to tell his father about his orientation?

Thank you so much for being here wicked one!