Doesn’t that thought give you a little pause? When I started out writing I actually wrote science fiction. I was a kid who loved Star Wars (yep, dating myself here) and truly loved everything about thinking we aren’t the only creatures on the planet. Well it’s kind of morphed over the years from growing up to reading the news. I truly believe we, as humans, are our own worst enemy and parts of me think having it 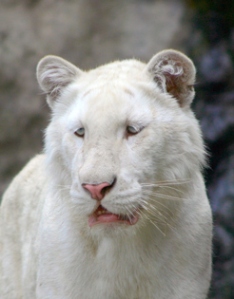 wiped out is sadly going to happen based on our own stupidity and greed. That’s why concepts about the Apocalypse was really pushed to mainstream in everything from books to movies. What happens after we blow ourselves to bits?

Well, one beautiful aspect about humanity is that we WANT to survive. We long to thrive and live an we will find a way. What if humans were no longer fertile and scientists knew way before any bomb of any sort was shot off this would happen? And what if they decided against all odds to have animals become more human like in order to meld the most important traits together with humans? Is that really so far fetched? Perhaps not… That’s the premise for Savage Hope – along with realizing that no matter what we have at our fingertips, we can really fuck up our world. And then there’s love. It truly does transcend all time and humanity. I hope you enjoy the very first taste of Savage Hope…

Destiny Fallon railed against her life as a geneticist choosing to live outside the protected compound, safe from the strife blanketing Earth after the cataclysm, only going behind the cold steel walls for the required shots. While the serum kept her healthy from diseases plaguing what was left of humans, she hated all aspects of man and the game created by her father. The Lottery was a revered system mandated by the Order and players were selected in secret. Fertility destroyed by gasses during the war, scientists created what they hoped could cross breed with human women, producing children. Half man and half beast, they were the only hope in a desperate world. The Order controlled every aspect of their lives and Destiny had no idea she was a pawn. Coerced into becoming the next contestant or her sister would be forced to take her place, she struggled with her inner demons. Her task? Select three beasts to become her lovers and become pregnant.

Stryker was a member of the white tiger family and a proud leader but he knew time was running out for all the breeds. Entering the Lottery was the last chance to provide a better way for his kind but his decision angered his Pack. Selected first, he would never know what ticking bomb was waiting for the newly formed family. Secrets and lies held a damning past, one that could destroy them all. A story told as children and a single beacon of light was their only hope for salvation. As their adventure to find a new life began, others rallied to track them down and suddenly they could trust no one. As the breeds began to fall, hope was almost lost and Destiny had to face the very demon bent on dragging her into hell.

“God this is so exciting!” Shrieking, the girl plastered her nose to the inside of the glass, tapping her foot against the metal floor. 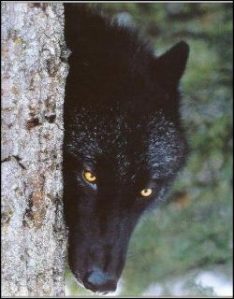 Destiny Fallon eyed the twenty-something frizzy haired girl before scanning the bus full of hopeful people. Cringing, she listened in on the happy conversation between the two fresh-faced girls and shook her head. How naïve they all were. Her eyes settled on the second girl. The older bleached blond wore the tattoos of the outsiders, allowing her access to the compound.

“I wish our number would have been selected, Tara,” the bleach blond squealed.

Destiny resisted reaching out and slapping both women who had no clue what they were talking about.

“I hear they are all studs, well hung and can go all night long,” Tara cooed.

“Me too! I hear they all have giant cocks too.”

Destiny pressed her hands over her ears, filtering out their ridiculous conversation, concentrating instead on the din of the others whispering about the glory the day would bring. Glory? Not in her mind.

The bus pulled to a screeching halt outside a complex of dense buildings. Shuddering, Destiny wasn’t the only one getting off the stinking rattling cage that day. She waited as the volume of people raced to leave the humid and sticky space. As she stood in the glare of the afternoon sun realizing it was barely one in the afternoon and the crowd that had formed was already overwhelming and very hungry, she shook her head. The debilitating dread was the single focal point that flowed through her mind. It was difficult not to look at the eager faces of the crowd and feel nothing but disgust or a self-loathing prophecy perhaps. She never came to see her father during the game of selling souls. The lottery. The ugly recreation was the single thing in what was left of their horrific universe to give hope and something she knew would mean their damnation as a race. Destiny could’ve refused to be in the heated space, but her father, James Fallon, called for her, insisting and she had no choice.

Shivering involuntarily, Destiny stared at the intricate complex of buildings surrounding the stadium. For some reason, she couldn’t believe the thousands of people who were already hovering in the stadium for a six o clock event. The power of reality shows scared her to death and the ugly game was the only entertainment left for her scarred people. Destiny could almost not bear to look at the electric billboards as they flashed the faces of what she considered to be the damned, the ones hoping to be selected during the lottery. Not that she considered them lucky. They were genetically created creatures designed to break the infertility of the human race. More beast than human, the creatures had endured nothing but slavery for the mere promise of providing heirs for the future. Destiny trembled as she made her way through the pulsing crowd. God, did these people not know what was happening? Truly happening?

Were they so blind and stupid? Had humanity been shattered as their world was pushed into hell?

Destiny knew the damning answer. They needed hope even if it meant savage hope. There was little else to give them any in their wretched long days. Standing silently, she gazed across the pool of teeming people hungry for something that no one could attain and few could afford. “Poor bastards.” Wouldn’t her father be proud of the groupies who wanted more? Destiny forced herself to push the ugly thoughts aside. Somehow the even nastier memories remained, the past and why the lottery was needed in the first place.

The crowd pulsed and screamed around her.

Fortunately, she was going to the lower complexes where the space was cool and free of the rules of the game. Buried deep within the bowels of the earth, the span of underground buildings kept the select group of humans safe and alive during the apocalypse. The place had been her home for far too long. Sighing, she waited with little patience for the cranky elevator and heard the loudspeaker shouting over the din of the audience, enticing the electric famished crowd into a frenzy so early.

“Tonight, June twenty-fist of the year two thousand and seventy five, the lottery! Come and join as three are selected. The creation of the world will begin again!”

She entered the dimly lit elevator, praying the doors would close quickly just as the masses of people started screaming in anticipation of that fateful disgusting event. They were desperate for a mating that was less than human. The dingy doors slammed shut and Destiny closed her eyes. Thank God for small favors. She swallowed hard, loathing every second of being in the confined space. Yet it had been her home for too many long dark years. Balling her fists, Destiny pounded the wall of the tight confines wishing for so much more. Hell, she endured viewing the first lottery months ago and that single event sent her into reclusion. She growled, hating the long ride down to the bottom floor.

Barely twenty-five, she’d lived too many lifetimes. That single horrendous memory would never leave the girl that had dreamed of all things beautiful. The end of the world came on July 31, 2060. Destiny had just turned ten but there had been no time for a birthday party. No. Her family scrambled to get the remaining scientists inside the facility. The chosen ones were ushered into seclusion. They were the only ones that could bring back the lives of humans who had no clue what they faced.

What do you think? Is there going to be something like this out there?