The Lengths We Go For Love

Mmm – I title the blog this because of a few reasons, including the fact we’re getting close to Valentine’s Day. I think we all crave love and want to share a wonderful life of passion with someone special. For some of us we’ve found the love of our life. For others we worry and frustrate every day over a date or a divorce or raising kids. Passion is the last things on our minds. Diversity and difficulty seem to be the issues at hand. Love and relationships aren’t easy. They just aren’t and you know it as well as I do.

I wanted to honor all the men and women who struggle to have and keep the love of their life. Whether you’re in a heterosexual or homosexual relationship, if you’re able to keep the passion going and the intimacy high, you amaze me. I’m being selfish and bringing you three upcoming releases from Rebel Ink Press. Two are from me but one, and a piece I think you’re going to die over, is from my BFF Suzzana C. Ryan. This lady is not only my bestie but an amazing author. Please take a taste first of a story that will remind you why you fall in love in the first place. All three are being released on the 17th…

In a time when women wanted equality and control, a man like Maxwell Brogan could only snarl. Women in his mind were still just that, women, there primarily for a man’s pleasure. At least the women that Max was used to, they were usually the ones he paid for. 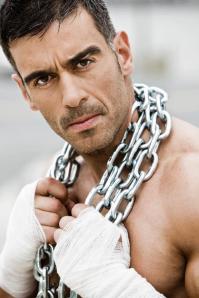 Seal and Special Forces Captain. Forced to retire because of his injuries; Max was finding there was a very different world on the home front.

When Jenny Thompson, the wife of his billionaire boss, is kidnapped, Max is called to action to do what he does best, snuff out terrorists. But what he finds when he finds the beautiful wife of Arthur Thompson angers him and pushes buttons in Max that he never knew he had.

For a man like Maxwell Brogan, love was never an issue given he never figured on finding it. Then Max falls head over heels in love with Jenny, vowing to free her from the demented clutches of her billionaire husband. Jenny Thompson is Maxwell’s one desire.

And a couple from little ole me…

Struggling simply to breathe in and out each day, Justin Munro can no longer make sense of his life. A cop by profession, he’s used to dealing with the worst in people but when his lover is murdered in cold blood, he finally snaps. Only the grace of God kept the gun from going off in his mouth. Unable to cope with day-to-day tasks, he takes a leave of absence, determined to figure out if life is even worth living. While the clean air of Aspen is 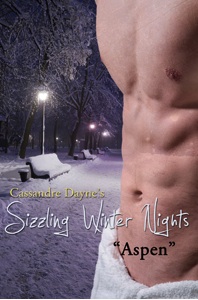 invigorating, he holes himself up in a cabin, settling into a routine of sleep and booze in an attempt to dull the agony. When a confrontation occurs with a would-be burglar, Justin almost kills the man. Barely grasping onto his senses, he calls the local sheriff, finally allowing the law to intervene. At least the experience reminds him he’s very much alive.

For Sheriff Rusty Whittaker, life in the mountain town has its share of perks and downsides, including dealing with tourists. After receiving what he believes to be a trumped up call, he comes face to face with Justin and sparks fly, but not all of them are good. Determined to figure out why the man has a chip on his shoulder, Rusty investigates the brooding man’s haunted past. Realizing what he’s up against, Rusty offers Justin support and they embark on a heated friendship, one that begins to unravel quickly.

When a little girl disappears, Rusty is forced to ask for Justin’s help. Sadly, his inner demons surface and both men struggle with raw emotions. After one sizzling winter night, everything changes. But can they both let go of the past?

Bo Richelieu was an honorable man. He’d lived his entire life fighting for his beliefs, including an elongated stay in the Marines. Both decorated and revered, his reputation was without question. Now living a civilian life, Bo was content with being a high-powered defense attorney. Fighting the good fight for men and women who barely had money to support their families, let alone fight the cause, Bo was good at what he did. But 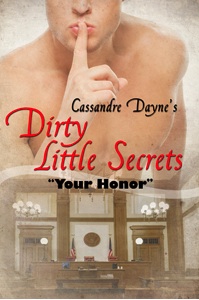 he was a lonely man and he was hungry for more than just a one-night stand.

After meeting a temperamental judge, a man known as a harsh taskmaster, Bo is incensed by the man’s frigid demeanor. Judge Jonas Brighten was a hell of a hunk behind the hallowed robes. During a difficult session behind closed doors, sparks began to fly between Judge and Attorney. After a night of intense passion, the men are faced with a dirty little secret that could destroy both of their careers. Can they maintain their integrity while indulging in their needs or will they give in to the pressures of their respective honor?