“And the end of time is upon us, and the rightful master shall become king,” Durac Chantal recited as he moved in a full circle around the brooding Russian. “Drefar Donga Temaine. The moment has arrived, the destiny we all seek. The Time of the Passing will be our salvation. You must embrace what always belonged to you or all will be lost to the Fade. There is little time remaining. The Red Moon is upon us. 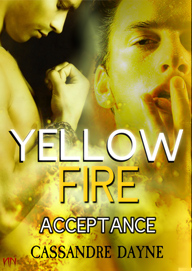 Preparation has to begin.”

“You must listen to me, Aleksandr. You’re the rightful king of our people. I was merely sent to you as a protector and instead I became your lover. I wanted more from our relationship as your mate. When I turned you, it was because I was required to. There are many things I still need to tell you, but there’s no time. If you don’t accept your position and come back with me to the old country, then our family will begin the Fade.”

“Betwa dormagnon elan.” Hissing, Aleksandr Vasiliev studied Durac, the man who he’d loved once, many lifetimes before. This man, this murderer, was the cause for the betrayal of his kind and could tell the biting words held no meaning for the monster. This was the man who’d killed his own brother. Aleks couldn’t get Nikolay’s horrible death out of his mind. If for no other reason than Nikolay’s memory, he was going to destroy Durac.

Throwing back his head, Durac laughed as he held up the bottle of branding lotion, exhaling slowly as if in reverence. “Then your people will die in the very flames of Hell. They will know no salvation, only torture as they remain in a frozen state for all eternity. And you will be the martyr and one hunted by the Drulins. Trust me, brother, they will find you, and when they do, they will destroy all you hold dear. Are you ready to give up the fight and allow the ugly creatures to claim what we worked so hard to achieve since the beginning of time? Or will you finally accept the kingdom?”

“It’s my people now? You mean the throne of death? I want no part of your world. You betrayed us all. You destroyed what little family I had.” Turning his back, Aleks slipped his hand into his shirt, fingering the amulet, the single most important piece of weaponry of his kind. Many had died in an effort to secure the glistening stone, secured by forged silver and gold. Some said a gift from the heavens, but he knew better. This was the damnation from Satan himself. Durac was right about one thing: There would be no salvation for his people, only pain and torture. The story was still unfolding. Yet he was going to determine the end, retribution for Nikolay’s murder and for Dimitri. The little boy deserved to know his family.

“So be it! Everyone you’ve ever cared about will die.”

“You took what didn’t belong to you!” Aleks snapped. “You were the cause of my wife’s death. And my brother’s.”

“You destroyed Nikolay with pushing away your destiny. Only you are to blame.”

Anger boiled in every cell in his body, rage like he’d never known. As he stood glaring at the pompous ass, he heard the words, the accusations rattling in his mind. Sadly, Durac was right. “You will not best me.”

“I already have.” Grinning, Durac closed the distance and narrowed his eyes. “Do you think you’ve experienced pain before? Do you think you know the meaning of torture?”

Hell had already embraced him, dragging him into despair and an uncontrollable rage. Sitting up from the silk sheets, Aleksandr issued a low, howl, one only his kind could hear, and yet he sensed Jax stirring next to him. As he turned to face his lover, the man who would be his mate soon enough, he dragged the tip of his tongue across his sharp canines. The nightmares were getting worse and had been since the waning Red Moon. The event had been a foretelling for his people, and sadly all of mankind. Unfortunately, humans knew little of the creatures of the night surrounding them, waiting with baited breath to annihilate and consume their sex, their flesh and their blood. They needed to go about their normal lives in disbelief of the evil luring in their dark streets. While some of the dream was based in actual memories, the rest he wasn’t certain about. But he knew one thing: Evil was lurking everywhere, and this time no one would survive.

He hadn’t been able to get Durac out of his mind since he heard about his son. His son. Simply saying the words enraged and confused the hell out of him. How could he not know Dimitri was his blood son? While the damning answer continued to nag him, he knew why. Durac. His not knowing had been his son’s only safety net and now the fucker had his baby. Did Nikolay know Dimitri wasn’t his? Was his brother perhaps protecting all of them? The answers weren’t going to come easily. The monster filling his every dream reminded him he could no longer run. As Jax shifted and issued a single moan, Aleks brushed the tips of his fingers down his cheek. He’d told the good detective only as much as he was able up to this point, but soon the ancient story as well as the curse would need to be shown to the human. At least the man wanted to believe he was still human, but the truth was far from the case. Jax Steele had ceased to be even remotely human the day they’d exchanged blood, now months before. Sadly, there were so many things he needed to discuss with the detective. What had happened between them concerned him. When the man knew the truth, he would likely run.

Hell, Aleks would have. The detective continued to fight his own destiny but soon enough he would have to face the inevitable. Inhaling Jax’ scent, he grew hungry. Lowering his head, he allowed his fangs to elongate as he neared the man’s creamy skin. With one hand he rubbed down Jax’ chest to his groin, enjoying the feel of his pubic hair surrounding his swelling cock.

“I could take you easily again.” Aleks took a single nail and slid the tip down Jax’ shaft to his balls, swirling around his testicles as he drank in the man’s rugged good looks. Aleks leaned down and captured his lover’s mouth, pressing his tongue inside. As he bit down, several drops of blood flowed into the back of his throat. This was only a snack, a taste until he could fully feed, but his feast wouldn’t be offered from his lover. Instead, he would find a suitable donor. He craved blood and sex from a true human, not the hybrid Jax had become. The ugly truth was he had to have the blood and sex of a human in order to survive. How he hated what he was becoming. When he eased back, the look of pure ecstasy riding the detective’s face gave him pause. Yes, the man was indeed insatiable.

He licked the drops of blood from his lips and rose from the bed. The cloak of darkness and the need to feed was calling. Morning would dawn far too quickly and his hunger had to be abated before then. Giving Jax one last longing look, the vampire faded into the shadows.

During a series of violent attacks gripping the city of Richmond, Virginia, Aleksandr Vasiliev begins to have nagging nightmares about his old nemeses and previous lover, Durac Chantal. As the gruesome mutilations continue, he realizes the monster is behind the latest murders. The Time of Passing is near and there is no way he can fight

his destiny any longer. Haunting visions of his blood son, taken at the hands of a madman, refuse to leave him and he realizes solving the crime will drag him back into the pits of Hell. As he turns to his lover and destined mate, Detective Jax Steele, for help they begin their final journey into what might be Aleks’ ultimate demise, a complete submission to the Fade and the end of his life. Another force is in control of his people and it’s only a matter of time before the final Red Moon approaches, destroying what’s left of humanity.

No longer fearing the world of the night creatures, Jax hungers for more of the dark side of their D/s relationship, having completely submitted his body and his very soul to Aleks. As both men head down a path facing brutal tortures, Aleks is framed and Jax is forced to fight a monster with nothing but his heightened level of humanity. As a little boy is brought forth as a bargaining chip and the final truth about the rise of the vampires is learned, Jax is faced with a single life-altering question: Will he succumb to the ultimate sacrifice and embrace the final acceptance, entering into a life of immortality in order to save the man, his lover, and the monster behind the mask? Or have the savage beasts won their fight to rule the world?

What do you think – will Jax accept his true destiny, losing his grip on humanity?

You’re going to have to purchase to find out.