The Land of Sin City

Zeke Hammond was in slow motion. As the fire enveloped the room, the flames licking up every wall, he ducked if by instinct. The noise was thunderous, a booming

shatter of glass and splintering wood showering over him. Sweat rolled down his face and back, beads splashing into his eyes with every labored move. He tugged the hose, doing his best to maneuver in the tight space. The fire was raging out of control. There was no way to save the structure. As she turned a corner he could swear he heard a strangled whimper, the kind that penetrated his very soul.

“Help me…I…” The scream trialed off and was followed by an intense sound of agony.

Stopping short he turned slowly, scanning the apartment. Thick, black smoke was swirling, making every image blurred. Zeke blinked furiously and lumbered forward, smacking into what had to be a piece of furniture. There was a victim in the fiery mess. They’d been told everyone had escaped, but he’d known better. His gut had told him he wasn’t dreaming. Out of the corner of his eye he noticed Max, kicking open a door on the other side of the room. Max Porter was the only other firefighter who Zeke knew could handle this kind of deplorable situation. They were both experienced to face the worst fires, having saved countless lives, never losing one. Today wasn’t going to be the day his record was broken. “Hey!” The booming sound was barely audible over the roar of the fire. Dear God this one was out of control.

A thunderous sound occurred behind them. Zeke winced as a stream of sparks whooshed past him.

Max twisted his head in the direction of the noise. “We got to get out of here. Gonna

Zeke took two long strides, shooting a heavy stream of water in the direction of where he thought he’d heard the sound. Hearing the steady groaning noises of the building, he knew what was going to happen. They were on the fourth floor. It was a matter of time before the floor caved in. If that happened there’d be no way of saving anyone.

Heat and steam washed over his facemask, penetrating the small areas of air. The center of the fire seemed to be coming from an area behind the doorway in front of him. Hearing creaking and groaning noises, an indication of the building’s stress, he knew they didn’t have much time. “I’m going in.”

“Wait for back up!” Max hissed.

“No time.” Bulldozing his way forward, Zeke swung the hose from side to side. The pitiful stream of water was doing little to squelch the flames. There was no hope of saving the complex. He simply wanted to save a life.

Trudging through the debris, he avoided falling plaster as he walked down the dark hallway. Zeke slowed his gait and tried to focus, cognizant that Max was screaming behind him. He tipped his head. “Fuck me.” The wall of flames was enveloping the doorway he’d just entered. Within seconds the exit was blocked.

Zeke snapped his head to the left, barely able to make out what had to be a doorway into a bedroom. He was experienced enough to know there was barely any time and little recourse. As the flames powered up the walls, claiming the ceiling, he heard what his gut knew to be the building getting ready to collapse. He was out of time.

Shifting into high gear, his adrenaline took over. He issued a hard kick to the door blocking his way from rescuing what he considered to be a hostage.

The harsh blow threw him back against the wall, his air stolen. The heat was all consuming and he panted as he tried to collect control his breathing. Dazed, Zeke was forced to his knees as a series of blasts swept through the room.

Pummeled to the floor, he spread out his arms in an effort to hold his position. God help me. God help me. The sound of twisting metal and another series of sparks told him prayer wasn’t the answer. Zeke lowered his head as his body shook, his right foot tapping on top of the floor. Even through the roar of the fire he was able to concentrate on the sound his foot was making, an unresolved moment of need. Zeke jerked the hose and the catch in the line was hard, yanking him backward. “Oof!” He hit the back wall hard. A snicker of flames licked up his arm. He slapped at the bedraggled line and lurched to the right. 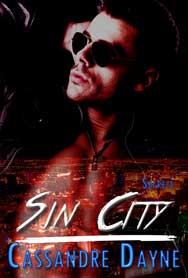 The words rocketed through him, shifting his heart into overdrive. Where in the hell had they come from? Zeke blinked several times and could swear he saw a man’s silhouette in the darkened corner. He took a single step toward the apparition before chastising himself. What the fuck was going on with his mind. A hand seemed to come out of nowhere and in the shadows he could make our Jayson’s face. And the man’s ugly laughter. “Fuck…”

Zeke reached out, tears streaming down his face. His body was pitched forward, the force of the blast pitching him over a hard surface. The harsh tumble to the ground wasn’t nearly as painful as the heartache racing through his system. Gasping for air he rolled and when he came to a stop he moaned. He couldn’t think about this. He just couldn’t. A quick glance told him his mind was playing tricks. The corner was lit in flames, nothing else. Then the figure appeared again, closer this time. A taunting look on his face. No. No. Get to your feet. Do it. DO IT. Zeke eased his head onto the floor for a brief second, then his inner strength kicked in. There was no struggle to get to his feet. He could do this. He slapped his hand across his facemask and took two long strides directly into the fire.

The inferno of heat enveloped him. Unable to catch his breath he had to slap his hand on the wall. A shower of sparks floated in front of him.

Current unlike anything he’d ever experienced pulsed through every cell in his body. The jolt harsh, he was thrown into the wall. A hard thud reminded him he was very much alive. Stars floated in front of his eyes. Breathe in. Breathe out. Breathe in. Breathe out. “What the fuck?” The water shut down until there was barely a trickle. Realizing the hose had been compromised he dropped the line. Fuck. He squinted and took a giant step forward. There was no way he could retreat now.

Every area in the room was on fire, flames licking up every surface. This had to be a bedroom. From where he stood he could just make out a window in the far corner – the only way out. Crouching low, he moved forward, confident of his abilities.

Snapping his head to the right Zeke could just make out what appeared to be a survivor. Within a few steps he found her huddling behind a bed. Every step he took was labored and the smoke was getting thicker. He could hear the beams in the ceiling creaking. Mere seconds were left. “Listen to me. We have to get out of here.” Zeke yanked the bedspread off, throwing the heavy material over the shaking girl. Even in the dim lighting he could tell she was young, wide eyed and terrified.

She fought the covering at first, whimpering as she clawed out, her hand slapping on his facemask. “No!”

Well you didn’t think I’d allow you a story without some drama did you? I hope you enjoyed and the very first Sin City is out already so enjoy…