When Your World is Shattered

As many of you know, I have over one hundred and seventy books in release writing in several genres and using several pseudonyms. I’m also switching many of my books from Rebel Ink Press or my self pubbed ones over to Booktrope, where the real girl (Bethany Halle) serves as Managing Director of both the Edge and Entice Imprint lines. I’m also getting ready to start a new job, one closer to home but a position that will have many incredible challenges. In other words, I’m one busy chick. However, my love of writing remains. While I may be a bit slower in bringing them out, they will come. However, I think you’re going to see quite a bit more grit and brutality to many of them. I’m moving away from heavy erotic romance. Perhaps I’m bored or simply growing 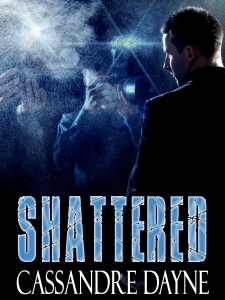 as an author. The D/s, a love of mine, will remain in the blogs as well as some of the stories, however my main focus is switching.

I think a lot has to do with my relationship with John Patrick and the history, something I’m honestly going to simply let be at this point. I’m a different woman today than a few months ago. I like to think stronger, more energized. The truth is I’m ready to embark on new adventures, albeit simpler ones.

Shattered is a favorite book of mine and finally it has the attention it deserves. This m/m book highlights the sometimes harsh conditions and nasty attitudes those living an alternative lifestyle can face. Whether enjoying a same sex, interracial or D/s based relationship, those who are a bit different are often chastised. This story tells of two men and their struggles with finding themselves as well releasing their inner demons. I hope you enjoy. Coming to Booktrope in June.

“Why do we have to have the same goddamn argument?” Hunter Reynolds hissed as he snagged his bottle of beer off the counter. Taking a long gulp he gazed out the window and shook his head. He and Taylor argued more than usual lately and the ugly state of their relationship was getting old. They’d both talked about breaking up, but the feelings of comfort dragged them back from the brink every time. He hated their constant battles, loathed the terse words and was exhausted from energy exerted. One thing he knew. Taylor Porter deserved better.

“You know what? This isn’t my argument. It’s yours. You’re the one who doesn’t care to be seen in public with me,” Taylor snarled. “I don’t know why you even waste your time. Your sights are set so much higher. You should find a bodacious blond, one with fake tits, and fuck her. The press will love you then. How about Ginger? She’s the perfect slut you need.”

“You really want me to fuck my costar?” As if the girl hadn’t insinuated her desires before. He wasn’t shocked at Taylor’s harsh words. Every photograph had a woman draped all over Hunter.

Pacing the room he snarled and gave Hunter a nasty look. “Yeah, I can see the tabloids now. Maybe getting married will help your career.”

“Jesus Christ. That’s not what I mean at all! And you know I don’t want some Hollywood hussy.” But Taylor was right. They’d been together for nearly three years and not once had Hunter allowed them to be photographed in public together. Hunter blamed the reason on his agent’s nagging. The man continued to remind him that being the hottest leading man in action flicks meant women needed at least an air of mystery enshrouding Hunter’s sexual appetites. This ugly fact was he had to keep his proclivities under wraps in order to sell movies and all the other paraphernalia that went along with being famous. The argument was easy enough to get behind but Hunter knew the truth. Terror about being discovered remained with him for several reasons. Of course there were rumors floating through Hollywood. This alone was one of the reasons they lived outside the city. Sadly, Hunter was too well known to hide the majority of his lifestyle forever. He was going to be discovered as hiding behind a mask.

They remained quiet for some time as Taylor fiddled with cleaning up magazines that were strewn around their game room.

Hunter stole glances at his lover and licked his lips. Taylor was everything he’d ever craved in a man, from his light green eyes and lanky body to the way he fit into a pair of well-worn blue jeans. The rough-hewn guy just did it for him. The reality was cold. They weren’t in love. They’d met several years before at a party for one of his early releases and toyed with getting together for a full year. Hunter closed his eyes. Their relationship had been rocky from the start.

Fortunately Taylor didn’t have to worry about hiding his true persona. Given his profession as a musician, he’d never hidden the fact that he was gay and his adoring fans flocked to see him. Dangerous Liaisons was one of the hottest up-and-coming rock bands in America and he had women drooling over him everywhere he went. Taylor’s vivid image only fueled sales of the band’s CDs. The double standard weighed heavily on Hunter’s mind.

Nervous tension remained in the air.

“Look, I have to go meet with a guy tonight about joining the band so you can go out and play or not play by yourself,” Taylor said quietly, his voice filled with angst.

“Yeah. The guy’s in from England on a whirlwind trip so I don’t want to miss the chance.”

Hunter rubbed his eyes. Why did he have the feeling that Taylor was punishing him? Maybe because you deserve to be. Still, a level of anger flushed through his system.

Battling his spells of near rage had almost consumed him at the start of his career, his behavior ending many a relationship both personally and professionally. “Fine!” Gripping his beer tightly he finished the entire warm brew and slammed the bottle on top of the bar.

“Hunter. Will you please relax? I know you’re really just nervous about everything that’s going on and…”

He turned and narrowed his eyes. “And?”

“Because of the notes.”

“How do you know about the notes?” Snapping his head up Hunter exhaled as a nervous tick floated across the corner of his mouth. He thought he’d hidden the nasty threats from everyone, including Taylor.

“Tough to hide this kind of wretched thing from me. What I don’t know is how long ago they started.” Taylor leaned against the pool table and shook his head. “And I can’t figure out why you’re trying to hide this from me. I thought we were partners.”

“The notes are about my career, not about me personally,” Hunter breathed.

“As I said, I thought we were partners.”

“I can handle this. No big deal.” In truth Hunter was worried. Being a celebrity meant expecting a certain level of threats, but there was something about the words that bothered him. The notes were also escalating.

“God you’re an arrogant bastard!” Taylor hissed as he paced the floor. “You know, I only saw remnants of two of the damn things, but seems like whoever is sending them is gunning for you,” he said and folded his arms, his face filling with apprehension.

“Who isn’t? They need to take a number.”

Taylor dropped his head. “When you finally let loose of that ball and chain you carry around your neck and let me into help you, you’re going to become an amazing man.”

“Stop worrying about me.”

“Hunter, please let me in. I care about you. I want to help you. If nothing else I want to be your friend.”

“Fine. Call me later and I’ll see if I can join you for a drink in some dark and foreboding establishment otherwise known as a hole in the wall. Would you like me to bring masks?” Snorting, Taylor grabbed his keys off the side table and sauntered toward the oversized doorway.

“Taylor. Wait.” Hunter shook his head. He loathed the anger that had become so caustic between them.

“Not interested right now,” Tyler called from the hallway.

Why am I such a bloody ass? Groaning, Hunter turned quickly and moved toward the door, barely able to grab Taylor’s arm before Taylor stalked out. “Damn it! Listen to me!”

Taylor yanked his arm away and stood quietly, his chest heaving up and down. “What? What could you possibly say to me right now? That you’ll change your behavior? That you’ll treat me like a damn person? What?” Stealing a glance over his shoulder he clucked his jaw.

“That I give a damn about you.” Hunter ached from worry about his supposed stalker and

his grueling shooting schedule and in truth from hiding from who he really was. Exhaustion and game playing had left him bone weary. “Please. Don’t go yet. You’re right about everything. You are.”

“Uh-huh.” Tossing his head back, Taylor exhaled slowly and pushed the front door closed. “Are you sure you care?”

Hunter lowered his head and moved forward, sliding his arm around Taylor’s waist. As he eased Taylor’s quaking body in to the heat of his own, he shuddered. “More than I have ever even admitted to myself. I’m sorry I’m such a fucking ass.” Brushing his fingers through Taylor’s long locks, he pushed back the silky strands and kissed the side of his neck, darting a series of licks up from the base to Taylor’s earlobe. Breathing a swath of hot air across Taylor’s skin, Hunter ground his cock into Taylor’s ass, shifting back and forth. Heated passion had never been their problem.

“I…” Taylor palmed the wall and spread his legs. “You’re insatiable.”

“And you’re hungry.” Hunter grazed his hands down from Taylor’s chest to his hips as he licked up and down the side of Taylor’s neck. Hunter craved the taste of him.

Swallowing hard Taylor grunted. “You always turn me on.”

Hunter unbuttoned Taylor’s shirt just to the waistband of his jeans and slid his hand over his lover’s chest, cupping and squeezing his carved muscles. “And you make me crazy with desire.” He pinched Taylor’s nipples, twisting the tender flesh between his fingers. There was no top or bottom in their relationship but on this day, Hunter was in charge. Filled with rage and fear of the unknown, he was tingling all over. Without reservations, he knew he was going to fuck the man savagely.

Tugging at Taylor’s button fly, Hunter unzipped Taylor’s jeans and pressed his hands inside, savoring the fact his blond godlike lover always went commando. The condition was an unspoken rule in their house and the mandate had started the very first day they lived together. “Tell me, do you remember the first time we were together?” After pulling out Taylor’s throbbing shaft, Hunter stroked down the length, finally cupping his balls until the man groaned from pleasure.

Taylor chuckled darkly as he arched his back. “You mean when you wouldn’t take no for an answer?” The timbre of his voice dark and smoky, he wiggled his ass back and forth.

“You mean when you begged me to fuck you in the bathroom of the very exclusive country club.” Taking a single finger, Hunter slid the tip up the sensitive underside of Taylor’s shaft, raking his nail back and forth across the slit.