What lengths would you go to secure a lovely woman you could call your own? In the world of D/s, of course submissives are trained to follow orders, obey commands and they lovingly do so. What if you were shy or had no idea how to meet women, let alone had the courage to enter into a dominating relationship? What if you only cared to have the perfect sub for a limited period of time? You could certainly go to a kink club, one catering to alternative lifestyles, but how about in the privacy of your own home? 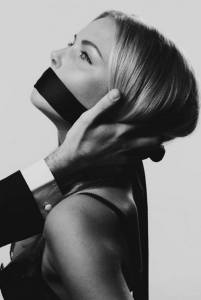 Evil lurks within the dark bowels of our very minds, hungering to breech the surface.

“Is this Trixie?” His words were barely audible.

“It is.” Sighing, she kept the tone of her voice guttural, sensual in a way every man appreciated. She loathed the stage name, reminiscent of a call girl or floozy, but the pseudonym had stuck from the first time she’d entered the kink club.

“Excellent. You come highly recommended. Your skills are legendary.”

Sighing, she filled her glass of wine, taking a sip before walking toward the window. As she eased her finger under the blind, lifting until she could clearly see the dimly lit street, she debated whether she was in the mood to work. She’d grown weary of various clients and their sadistic desires. However, she had a reputation to uphold, one securing her time spent with very special clientele, men whose needs few could tolerate. For this alone she was paid extremely well. Money she needed. “I am the best at what I do and I’m paid handsomely. I hope you understand. I refuse to tolerate any bullshit.”

His laugh was husky. “They also mentioned you were formidable. I appreciate the attitude, although when in my realm, you’ll be expected to follow orders.”

Trixie’s eyes grew accustomed to the darkness. For a few seconds she remained quiet as she scanned her surroundings. The neighborhood was pristine in nature, rules infractions simply not acceptable. She’d selected carefully, preferring to come and go without notice. She hadn’t made friends, never attended a neighborhood gathering or ridiculous barbeque, but the serene setting allowed her anonymity. No one knew about her nightly activity. No one ever would. “Who is your contact?”

The man certainly had connections. He’d passed various requirements so he had money, clout and was known in various circles. “Very well. My fee is ten thousand dollars for three hours. I trust you’ll have cash.”

“Thirty minutes. Do you have special instructions?” She could hear his rapid breath sounds and sighed. Men who had little control she had zero respect for.

“Wear a red bra and matching thong, stilettos and a black rain coat.”

“Done. What is your name?” Trixie could care less. They never gave their real name or any correct information. Anonymity was also important for her clients. Of course she knew who the majority of them were, their positions in society. She never divulged information, which is one of the reasons she was so highly recommended. She raised the blinds until she had a direct view of the street.

“Give me your address, Wally.” There was no need to write anything down. Her memory was perfect, allowing her to recollect every Dom as well as his or her particular proclivities. She spoiled them and in turn, they paid her well for her complete submission.

“I always do, Sir.” When she hung up the phone she palmed the glass, exhaling slowly. The nights were becoming endless.

Thirty minutes later she eased her Mercedes into the driveway where Wally lived. Massive brick columns flanked the aggregate stone, ancient trees lining the long pathway. She hesitated before continuing on, her gut churning. Normally she’d have spent a solid two hours on the Internet, affirming the identity of the person she would hand over a heightened level of trust. This time she wasn’t afforded the luxury. Mistress Jade was the single reason she was here.

Rounding a corner, she wasn’t surprised at the house or the surroundings. Her clients were all wealthy. Their worth, clout and special hungers prevented them from securing normal relationships. Then again, none wanted formal attachments, preferring to hire a professional in order to feed their desires.

As she climbed out of her car she studied the perimeter. Even in the darkness she could tell the lawn and surrounding landscape was meticulously groomed. No one knew what went on behind closed doors. The thought gave her a smile. She adjusted he collar of her coat and slipped her car key fob into her pocket before walking to the front door. The moment she stepped onto the landing the door opened.

His face was obscured by the shadows but she could tell he was a formidable man, standing at well over six and a half feet tall. “I’m a professional. Of that you’re well aware, Sir.” She would no longer refer to him by his fake name. For the next three hours she was required to show him utter respect. She was his submissive, his slave for the evening.

“Yes. Something I admire. Come in.” He remained behind the door as he invited her inside.

Hearing the click as the door was lock was to be expected. She shoved her hands into her pockets and waited, entering her role. Tonight she belonged to him.

“Walk into the den. Remove your coat and face the fire.” His command was sharp.

She obeyed instantly, moving toward the warm glow at the far end of the hallway. When she walked into the room she instantly admired his choice of art adorning the walls. He was a consummate collector. Impressed, she slowly unfastened the belt and removed her coat, placing the slick material over the arm of the couch.

“Magnificent. You are everything Mistress Jade said you’d be.”

“Thank you, Sir.” She lowered her head. The sign of reverence was just the beginning of her duties.

“Turn around. I need to see all of you.”

She did as she was told and when she’d turned in his direction, she was surprised at the face peering back at her. Her Dom had chiseled features, high cheekbones. His aristocratic look was personified by the black silk shirt and charcoal pants he wore. She rarely cared about the person who would tie and flog, beat and fuck her during the course of their limited time together. For some reason she was drawn to him. Instantly she looked down at the floor.

He moved toward her, lifting her chin with a single finger. “You’re very beautiful.”

“Thank you, Sir.” His eyes were mesmerizing, almost haunting. There was no kindness, no sense of love. He was merely admiring his prize.

Taking a step back he nodded before shifting to his left.

Trixie’s instincts were honed after dozens of experiences. She could sense what every Dom 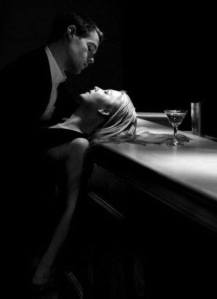 yearned for even before they gave instructions, issued commands. Hearing a clinking sound she exhaled. Three hours. She was ready for the sting of a whip, the anguish of tightened clamps.

“Perfect. Absolutely perfect.” In his hand he held a glass, the prisms glistening in various colors given the flickering flames of the fire. He took a sip then held out the goblet, as if paying homage. “I can see why you’re considered the best.”

“Remove your bra and panties. Remain in your shoes. I very much appreciate a woman in high heels.”

She lowered her gaze as she removed her underwear. He demanded consistent reverence. Every move was perfunctory. He didn’t care about passion or sensuality. His only desire was the use of a pain slut and she was one of the best in the business. Standing naked, she held her arms at her side, waiting for his direction.

The concept is delicious, don’t you think?

4 Responses to Imagine the Perfect Submissive…