Swiss Army Knife or Bullwhip? Men of May…

Mmm – It’s another in my hot little look at all the sexiest men. Don’t forget to comment for a chance to win a HOT ONE and I’m including the links from the other fabulous writers – please take a moment and visit. We love your support.

So back to the question…

Isn’t that a sexy little question? Now what do I mean by this? So, perhaps I’m dating myself here but I love rugged men completely. Okay, I love men period but I find I do love truly rugged guys who aren’t afraid to get all dirty and scruffy and who have the earthy scent after they’ve had a hard day of work, outside in the heat. Oh come on ladies, you know the kind of guy I’m talking about. He’s the kind of man who wears a worn pair of jeans so damn well you want to do nothing more than to rip them off his body and then have wild and wooly sex smack in the middle of the living room. 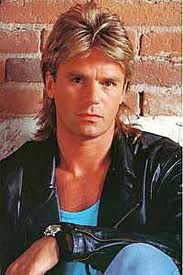 your real life or perhaps a television show or movie are the epitome of the rugged and brawny guy, the one who can take a lickin’ and keep on ticking and then some? Here’s where I’m dating myself. Do you remember the television show popular in the 80’s called MacGyver? Oh my GOD – Richard Dean Anderson could not only look sexy all the freaking time but he could use duct tape, a Swiss army knife and perhaps a sliver of rope and create everything and anything like a bomb, break into Fort Knox or get himself out of any type of cage. On top of looking good he was funny and sweet and had those eyes that drew you into his very soul.

I have never forgotten the way he could smile and light up a television screen and when he walked into a room in a torn and dirty pair of jeans, oh hell, I was hooked. He was a simple man with the barest needs and yet he solved crimes with ease and still 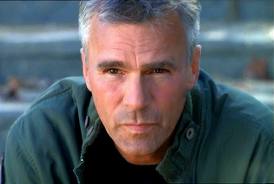 managed to win the heart of some girl every week. You know what’s funny? Those kinds of guys really do exist. They are the ones who can fix any piece of machinery or a car without breaking a sweat. When you call and you have a flat tire, they are SO there changing the damn thing and then giving you the subtle and very sexy look as he wipes the grime from his hands.

He’d the kind of man who can look at a broken anything and go – I can fix that and while you scoff he does. I loved the show and the concept around it and I honestly don’t think you can look at a Swiss army knife or a roll of black tape the same way again.

What about another rugged hottie who used a bullwhip to grab your attention, literally? Okay, you know what I’m talking about ladies. Harrison Ford in Raiders 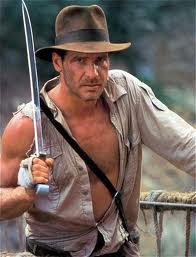 of the Lost Ark was like the hottest guy and while he hated snakes, he could wield a whip like no other. He also had that sassy yet boy next door demeanor and when he donned his wire rim glasses and became the professor instead of the hero, we all swooned, longing to take him home to mommy. Admit it. You know you did.

There was something about his dimple and his wry smile and the hair that was never quite in place. Let’s not forget the hat and the gorgeous leather jacket. Of which, for years all men had to have the perfect bomber jacket. There is still one in my closet. When he cut down a man and gave the subtle grin, we all sunk in our seats in the theatre wishing our guy could be just like him. As he aged he took on different roles and being the President of the United States was another perfect role for him.

Both men are rugged and sexy yes, but they aren’t perfect either. They both not only have their flaws in their abilities but in their looks. To me they’re stone foxes but if you put them up against some pretty boys we all look at and lust after, they 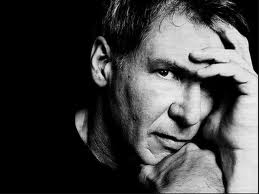 might be considered average. But I tell you what. Put me in a room with either man and I am so going to fall into a heat of hunger. What do you think ladies? Bullwhip or Swiss army knife or both? Hmmm… Decisions. Decisions… 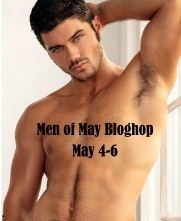 The Naughty Pages of Phoenix             http://www.naughtypagesofphoenix.blogspot.com/

12 Responses to Swiss Army Knife or Bullwhip? Men of May…