It’s that time again and my love wicked sister is giving you a taste of man love – interracial style which is a favorite one of mine. I have written several – both heterosexual and same sex. Let’s see what she has to say. 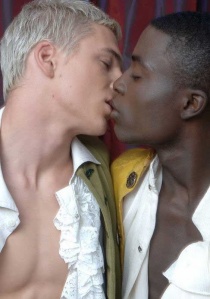 Welcome to the Wicked Women Wednesday post. I love doing these with Cassandre each month.

Today, a little post about interracial manlove which surrounds my little romantic comedy from Rebel Ink, My Lieutenant. A while back, my sister muse, Rawiya did a post asking where are all the IR romances . Is this something that is still not widely accepted? Yes, sadly it is, since the world is full of idiots with closed minds. However, in the world of writing, erotica romance in particular are there more authors doing multicultural romances? That is a resounding yes, and even more since she did that post on IRM.  Readers chimed in with comments about some of the best IR m/m romances out there. 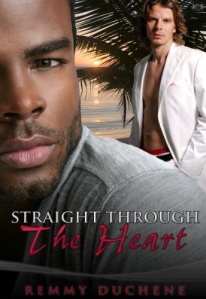 Back to ML. In my romance, I also wanted to keep the stereotypes out and focus on them as characters. Not that fact that Nathan was a white man or that Bryan was black. In fact, I believe the book only mentions their races maybe 2-3 times in total. Why? Because the focus should be on them as people and not as a black and white man falling in love.

Before I start sounding more like Michael Mandrake, let me quit while I’m ahead and say to expect more from my lovely couple. There is another book coming from Bryant’s POV. Bryant, the Lieutenant and his lover, Nathan who finally let go of his fears to fall in love.

Regardless of same sex, same race, or not, that’s what writing erotica romance should come down to and hopefully, the two can be happily ever after or at least happy for now.

By the way, Cass did a wonderful IR romance herself called Power Struggle. It’s still my fave book by her.

Hope you enjoyed this post. Here is a bit from My Lieutenant! My Silver Star and Number 4 on Bookstrand in Mainstream gay romance.  Squee!

Nathan Ellerby’s apartment has been ransacked by his ex who didn’t like the fact Nathan dumped him. Trouncing through the debris uttering a string of obscenities, Nathan’s shocked to see Lieutenant Bryant Duncan at his door claiming he’s already caught the offender. Sensing an instant connection, when Nathan finds out Bryant’s divorced and he’s straddling the fence between being gay or bisexual, Nathan finds himself in a quandary. .

Although the Lieutenant does everything in his power to prove to Nathan he’s worthy, Nathan is afraid to lower his defenses, which leaves both men wondering if Nathan will allow love into his life even through his doubts.

I kept walking through in horror as I saw all my personal belongings strewn about. My latest sketches torn to bits. “Goddamnit!” I pulled my phone out of my pocket when I heard a knock at my door.

“Who is it,” I called out in a menacing tone, trouncing through shredded paper. There was no answer. “I said…” I looked through the peephole at what appeared to be a handsome man. I still didn’t open the door. “Hello!”

“Hey, listen, I caught the guys that went through your things.”

“Seriously?” I opened up the door slowly only to lock eyes with the most, gorgeous man I’d ever laid eyes on.

He smiled at me, moistening his lips. “Hey, I’m new to the building. My name’s Bryant Duncan.” He put out his hand.

I accepted it. His hands were warm but kind of rough just the way I like them. That moment, the feeling of his skin on top of mine sent heat to my groin. I took a whiff of his cologne. “Nice to meet you, Mr…”

“Call me Bryant, please. Like I was sayin’, I saw the bastards going through your place. When they saw me, they tried to get away but naturally, they couldn’t outrun me.  I called the cops once I got the building security to come up and help detain then.” He rubbed his neck. “They need a statement from you to press charges.”

“You didn’t have to.” I was so impressed that he cared enough to put his life on the line. So much, I didn’t tell him my damn name.

We stood silent a minute.

“I’m sorry, you said your name was…” Bryant raised an eyebrow.

We gripped each other’s palm tightly. “Good to meet you, Nathan. Like I said, you need to speak to the police. I got the information.” He released my hand and my gaze. Bryant reached into his back pocket of his loose, fitting jeans.

I couldn’t help but follow his arms. They were so big, muscular. I could imagine those cradling me during the night.

We’d obviously made a connection.

Awe – thanks so much for mentioning Power Struggle – it’s a favorite of mine too. I think we have some fans!