First of all I want to say a huge THANK YOU to readers who have downloaded On Becoming His already. It’s sitting at #4 on the Amazon erotica charts this morning and I couldn’t be more thrilled. For those of you who don’t know – the piece actually started out as several poems I wrote these past three years and turned into a woman’s emotional journey moving into a D/s lifestyle. What has gone from one short book is 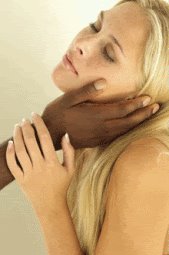 growing into a collection and my co-author is none other than the very talented author, Benjamin Russell. We’ve added new material and it’s a re-release now and also free this weekend. I’ll post the link below so you can take a real look at what some are calling life changing for them.

In talking about the lifestyle, there are many phases that both the Dom and sub go through. There’s anticipation and excitement, apprehension and terror, bliss and passion. And there’s also disappointment – on both sides. That’s why I called this blog the terms of disappointment because there are many levels involved. What kind of disappointment are we talking about? I think this can vary and I thought I’d mention it today because as you continue to talk and share together this is going to come up. Remember for the purposes of my blog my sub is a female because of Jessie and Luke in On Becoming His but every type of couple is represented of course.

For Jessie, she has been a strong woman all her life. She’s confident and opinionated and passionate about all things. She’s also strong willed and borders on being aggressive with people, on the phone and in emails, with her co-workers and with… Her Sir. But this has to stop. Sir Luke won’t tolerate this kind of behavior.

You might ask, how in the world can this kind of woman go from one extreme to the other? Well, it’s not an easy task and yet another reason I call this a journey. But for Jessie, and for many women who are entering into this lifestyle, she knows she’s needed the guidance and direction and longs for this. She is terrified but yet at the same time hungering for clear direction and the need to feel like, for the lack of a better phrase this morning, a good girl. That’s very important to her deep inside. She needs to please Sir Luke and show him that she can obey. Her entire psyche is about longing to give him all things he desires and when she’s able, this pleases her tremendously.

On the flip side, when she disappoints him she disappoints herself. There are times when she is subconsciously simply reverting back to her old self, her old ways. Those ways include being snippy and snarky, pushy and pushing back. This doesn’t work in a D/s relationship. But what I can tell you and assure you is that this is normal. Hell, it’s normal in every relationship. Maybe you’ve had a bad day at work and you’re pissed off and ready for a tall drink and some peaceful time to yourself. Maybe you come in and instantly something irritates you that wasn’t completed or perhaps based on something that is out of place. That’s human nature and it’s going to happen right? What do you usually do in this position? For many of us we snap at the closest person. In Jessie’s case she has snapped at Sir Luke on more than once occasion.

In learning about the lifestyle I can tell you that for subs it’s simply the look on his face a he quietly turns in your direction. There’s no need for harsh words or the understanding that you should be punished. The look alone is enough. It reeks of disappointment and confusion, unhappiness and sadness. For Jessie, she can’t take it. When he resorts to calling her Jezebel, her given name, instead of Jessie or his pet name – Kat, she is devastated and longs to beg to be whipped mercilessly with a belt to end the time of punishment. There is nothing like this. NOTHING. It’s much worse than wearing welts for days and being unable to sit. And it’s very effective.

Disappointment on both sides is going to happen. The raw emotions brought up during this process of becoming the woman she longs to be and belonging to him (see where the title of the book comes from?) are very powerful indeed. They drag up the good, the bad and sometimes the ugly buried so deep inside. Sometimes during days of exhaustion or anger, Jessie reverts back to her old behaviors, the take no shit kind of gal. And then the face stops her in her tracks. UGH. For both Dom’s and sub, I think it’s vital that you both recognize and know that this is not only to happen but in an odd way will be very good for the relationship. Growth is important and bad behaviors help every relationship grow. It’s not always pleasant and it’s not going to be something you want

to happen all the time, but showing a ridiculous or misbehaving moment will happen. What do you do when it does?

You try and learn. You talk about the why. You discover if there is an underlying reason. The snapping or snarking may be because of simply a bad day or there may be something deep within that is about fear and worry. For Jessie, she’s constantly worried about trying to say the right things and do the right things. While Luke is amazing at how he takes the time with her, giving her enough rope to learn and ask questions, he’s also very particular. He needs NEVER to be disrespected and there are times she says something that in her mind is simply sweet and he takes it as an affront and one of complete disrespect. In her confusion she goes off. Hmmm… Sounds normal, right?

Well, for the two of them this is going to occur and the fact she continues to blast him frustrates both. But I know Jessie well. She’s simply feeling her way along the sometimes terrifying path of learning to be owned. This is what she’s longed for all her life and with Luke she can trust him implicitly. But that doesn’t mean she doesn’t have insecurities and worries. That doesn’t mean that she’s not going to act out, revert back to the bitchy woman, and in a huge way disappoint both of them. Now it’s time to forgive and learn, move on and talk, hold each other and yes… She has to be punished. For those of you not in a D/s relationship, I’m sure you’re thinking this is too harsh. No, this is what both people want in their lives and the closeness is simply amazing. For Jessie, she’s going to learn and the disappointment in herself will stay with her for a very long time but she’s ready to take yet another step – admitting she continues to need help in her re-shaping and her….becoming.

I hope this gives you some thought and if you’re so inclined download or gift the re-release. There is a new passage written by both Benjamin and myself that will begin to show you more about his angst in this journey. It’ll also show you just how much in love they are.

6 Responses to The D/s Lifestyle… The Terms of Disappointment